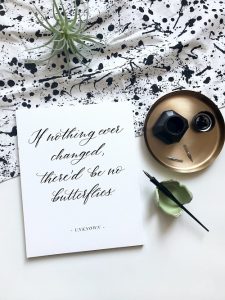 Commonly, we treat the body and mind as two separate entities. We think the body is for doing, and the mind is for feeling, thinking, and being. Yet, this incomplete view of ourselves can lead to long-term consequences. That’s why it’s important to understand how embodiment work can help a person heal inner conflicts and that nagging feeling of things being off.

The goal is to feel completeness as Richard Strozzi-Heckler describes it, “We live, breathe, and take action in our body. Who and how I am are indistinguishable.”

Perhaps you’re unfamiliar with how embodiment work can help, and you’ve only heard of traditional therapy and coaching, which work with our heads, emotions, and thought processes. We don’t stop to think about how much of our past is carried in our bodies. Talk therapy and coaching are incomplete and cannot reach what is lodged in the body.

We can learn a lot about how embodiment work can help through the experience of my client. As you read her account, look for the ways embodiment work helps connect the dots for her.

When I met Jolie, a vibrant, youthful, and highly intelligent 71-year-old woman, she’d been in therapy most of her life and knew a lot about herself and how early life experiences had affected her.

She practiced meditation for years, so she generally felt at peace. However, she couldn’t shake a persistent sense of unease, anxiety or constant quiver in her body. She felt this more strongly upon waking in the morning, yet it often stayed with her for most of the day. No talk therapy had been able to help, and she felt both discouraged and determined to get to the bottom of this.

When she felt isolated during COVID, Jolie joined a book club. However, the leader of the group is a very loud and “pushy” young woman who is quick to criticize and belittle others. Jolie admitted that she often feels unease around her and doesn’t share much in the group for fear of being attacked. “I coped by disappearing,” she quipped.

At this point, I asked Jolie if she was willing to stand up and do an exercise with me, and she happily agreed.

I asked her to show me, with her body, how she “disappeared”. I asked her to imagine being with the other women and remember disappearing. After introspecting with her eyes closed for a few moments, she pulled her shoulders in, collapsed her chest slightly, lowered her head, and took a small step back.

Tears started falling from her eyes and almost whispering she said, “I shrink and pull away.” She took several moments and then opened her eyes and looked directly at me and said, “I think I learned to do this when I was really young. My mom yelled all the time, and I remember being so scared.

Jolie had known this logically, but this was the first time she knew with her body.

I explained to her that she had learned to shrink around her mom to stay safe and that she had carried that learning throughout her life. After disappearing in her book club, she would walk away, collapsed, and contracted. She carried this powerfully negative state with her. The anxiety and unease she experienced was her body holding the fear and sense of threat she felt.

It was time to update her reaction with a more resourceful and powerful response.

The first time she did, Jolie said she felt free, her chest expanded, she became taller and her gaze turned upward. She described a lightness in her body and a sense of peace.

I asked her to practice the same movement several times, each time paying attention to new information from her body and to make sure she got it in her muscles. She was learning to inhabit her body in a different way.

Subsequently, Jolie and I had several sessions where we would practice coming out of the collapse and constriction into a fuller, more resourceful shape.

For the first time in her life, she felt stronger. Instead of leaving the book club, she decided to talk to the facilitator about her feelings and felt proud for handling the situation differently — she was empowered to make a new choice.

It was only when she learned to somatically listen to her body’s wisdom that she was able to shake the uneasy feeling. Talk therapy didn’t do it, because it wasn’t just a memory in her head. The experience was stored in her body! Think of it as Philip Shepherd explains it,

If you’re desiring to be one way, but you find yourself being another — you want to be kind, athletic, healthy, confident, or whatever, but something is standing in your way  — remember this proverb from the Asaro tribe of Indonesia and Papua New Guinea, “Knowledge is only rumor until it lives in the body.” Or as Mark Walsh says, “Move how you choose to be, stand how you choose to live”

This experience shows how embodiment work can help you tune into what your body is telling you and how you can give it exactly what it needs when it needs it. If you’d like to empower yourself in this way, please contact me and schedule a 30-minute complimentary consultation by phone or via Zoom, to see if we’re a good fit for a Somatic Coaching relationship.