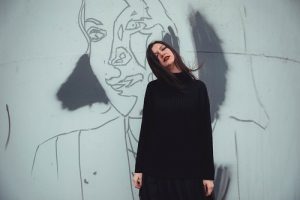 “One of the main reasons we don’t stick with habit changes is that we don’t tend to the thoughts, beliefs, and words that go along with these actions we so want to change.” ~ Jen Sincero, Author of You Are a Badass

“Little girl, who do you want to be when you grow up?” Often we’re left in no doubt. Little Amy wears her version of nursing scrubs and says, “I’m nurse Amy. You need a shot.” She becomes the person she wants to be by dressing up, play-acting the role, and identifying with stories about nursing. We, also, have this powerful talent for changing our identity, if we know how to reawaken and unleash it. Are you ready to use this super power to  change your life?

Especially now, people are in a transition state. There are things we’re learning about ourselves during the pandemic. Maybe you liked working from home and having more flexibility, but now your boss wants you back in the office 40 hours a week. Are you ready to make the leap into a new career to make that happen?

We often have an idea of what we want to do or who we want to be. We’re told that the way to success is to take new steps to ’start’ or ’try’. However, to change your life and make it stick, do something different! What is it?

How changing your identity helps you make transformative life changes

By changing how you perceive yourself, you can effect real change. To change your life, take charge of your identity, instead of letting it pigeonhole you into a life that’s not fulfilling. Here is the formula for my Lead Your Identity Exercise and then a detailed explanation of how it works…

Jill knew that to take her business forward, she would have to become comfortable with public speaking. But she kept whispering to herself, “That’s just not me. I can’t do it. I’m not a public speaker.” I pointed out to her that she was sabotaging herself with negative talk. And I had her try this exercise…

“If you were to assess yourself as a public speaker, which would you be: a crisp apple or a mushy pear?” (I knew she would relate to fruit. You might need to try a different metaphor.) She said she was the pear.

Then I asked her to give me the name of an accomplished public speaker she admired, which she did. I then asked her to describe what made that person so confident. She listed a number of things and I helped her to dig deeper into the way the woman dressed, her posture, mannerism, speech patterns and more. “Is this woman a crisp apple or a mushy pear?” She answered, ‘She’s definitely a crisp apple.”

Then I asked Jill to envision herself putting on “crisp apple” clothes and adopting “crisp apple” behaviors. Some she could picture herself doing some, some she couldn’t. That was okay. I helped her to use the ones she connected with and then asked her, “With this new identity, do you feel like a crisp apple or a mushy pear.” She said, “I’m starting to feel like an apple!”

I asked her to hold onto that new image of herself as a crisp, juicy, shiny red apple. Then I suggested that she get rid of all the things that made her feel like a mushy pear. One by one she tossed her “mushy pear” clothes and behaviors away, as she clung to her new identity as a “crisp apple.” Long story short…once she embraced this technique, it had a ripple effect. In time, she’s embraced public speaking and is doing great!

This simple, but very effective method for changing your identity makes it easy to change your life to the degree you desire. More than that…you can use it to help others.  If you want to become a coach yourself, there are still a few spots available in the next Embodied Coach School course that starts January 21, 2022.