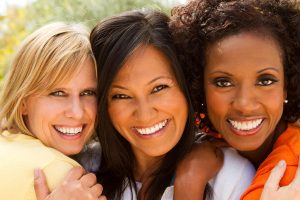 Being electronically “connected” isn’t enough. Everywhere you look, people are plugged in. They’re texting or they have their ear buds in as they ride the bus, stand in line for coffee, or take their daily jog. Yet, this nation is plagued by an epidemic of loneliness. According to one source, almost half of the adult American population feel alone or left out and they’re experiencing the adverse affects of loneliness — obesity, substance abuse, high blood pressure and cholesterol, depression and personality disorders, to name just a few.

To further highlight the problem, a recent survey reports that:

We are interdependent beings. The world doesn’t work unless we take care of each other. At an early age, we learn that there is a social responsibility for playing and working together nicely. We learn that it’s not all about “me”; and more is accomplished by the synergy of “we”.

What can you do if you’ve put up some hurtful walls of independence in your life? Here are 10 tools you can use on your journey to healthy interdependence:

Mindfulness and self-awareness. You control your reactions to others. Tune into how your body sensations reveal the way your emotions affect you. Honestly identify your own strengths and weaknesses, rather than blaming others or external forces. Become aware of how you emotionally impact others, too.

Growth mindset. Honest self-assessment, a spirit of abundance and your positive attitude will attract others and make them want to work with you.

Courage. Stand up and speak your truth. People want to know where they stand with you. Avoid the tendency to be a people pleaser and you’ll gain the respect and support you need.

Emotional competencies. You won’t become independent until you can depend on yourself. And others can’t depend on you, until you’re skilled and reliable.

Commitment. If you’re going to do something, do it 100%. Your level of commitment can’t be tied to that of others.Personal responsibility. Hold yourself accountable for creating the life you desire. Bringing your best to the table will inspires others to bring their best.

Dreams/vision. It’s never too late to follow your dream. Create a shared vision and get everyone on board.

Service with purpose. Strategically plan out the path you want to travel and clearly communicate the steps to getting there with others along the way. Focus on being of service, rather than holding unrealistic expectations.

Listen with empathy. Truly hear what someone means in their unspoken messages, as well as, the emotions behind the words they speak.

Gratitude and humility. Realize that what you achieve is ultimately made possible by others. And whatever future transformation you hope to achieve will only be possible through collaboration and synergy with others.

People are at their best when they’re fully engaged in interdependent, healthy families, friendships, workplaces, and communities. Why not examine how your behavior may be interfering with your ability to form strong relationships and figure out what kind of changes you can make to get what you want out of life. If you’d like some objective input, please contact me and schedule an “Unlocking Your Potential” 30-minute complimentary consultation (in-person, by phone or via Skype). I’d love to partner with you as you create a more satisfying and fulfilling life.